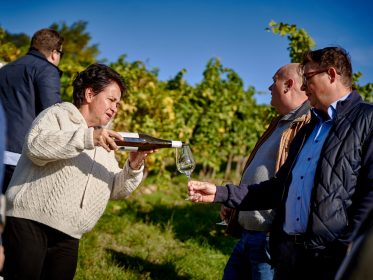 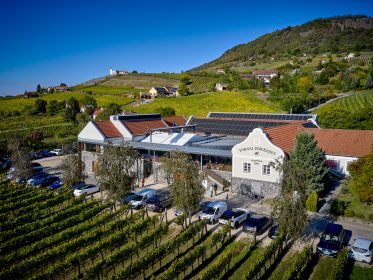 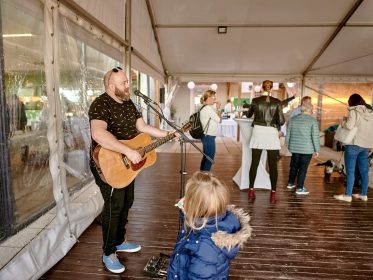 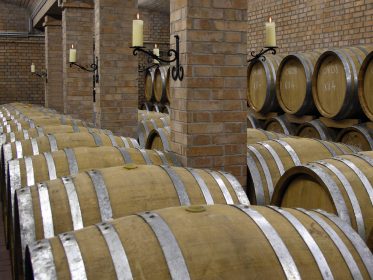 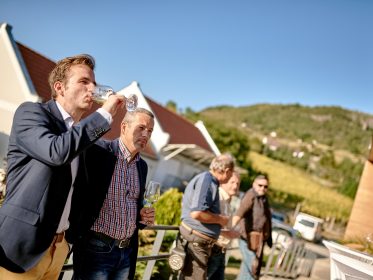 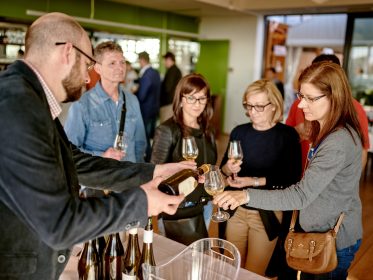 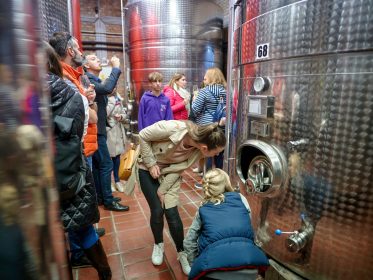 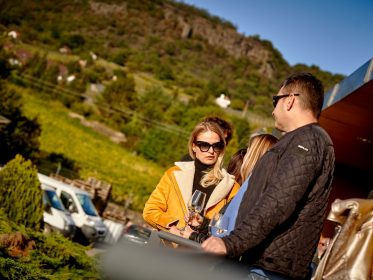 Tornai Winery is the oldest continuously operating family estate on Somló Hill. Endre Tornai started his wine farm with 1.7 acres in 1946, and today we have grown to 172 acres. Our wines every year bring in gold medals from some of the world’s biggest competitions. They have been awarded London’s International Wine Challenge Trophy Award, the highest recognition of the world’s most influential wine competition, four times since 2015.

The winery has a key role to play in reviving the Juhfark variety. In 1995, they purchased an old Juhfark plantation, where they carried out a variety selection with four years of work. From the vines that performed prominently in all four years, grafts were made. This is how the official Juhfark plantation (a state-recognized, uniform, variety-identical plantation, suitable for propagation) was established on Somló, and the variety was propagated from here. 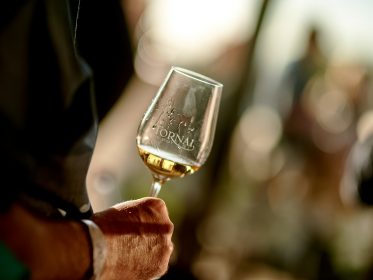 Somló Juhfark Celebration is a representative tasting of a special variety –  Juhfark. It has been held every year since 2016, the seventh event will be held in October 2022. Wine lovers who want to experience and learn all relevant information about the special variety of a unique wine region are welcome at Tornai Winery.

You cannot find wines similar to those of Somló made anywhere else in the world. And we say this not out of bias. They are easy to recognize out of a thousand: wines with characteristic minerality and especially rich content, which are the result of the interplay of several important factors.

First, the soil of the hill is not simply volcanic, but quite specific in its rock composition. One that grapes really like.

Secondly, indigenous grape varieties are able to display the characteristics of the soil in the wine with special minerality.

And thirdly, the weather conditions of the hill protruding from the plain, are particularly favorable for the grape: it remains healthy and ripens perfectly.

In the cellar, all we have to do is combine centuries of experience and state-of-the-art procedures to make the wine from the exceptional raw material in such a way as to showcase the speciality of the hill as beautifully as possible. 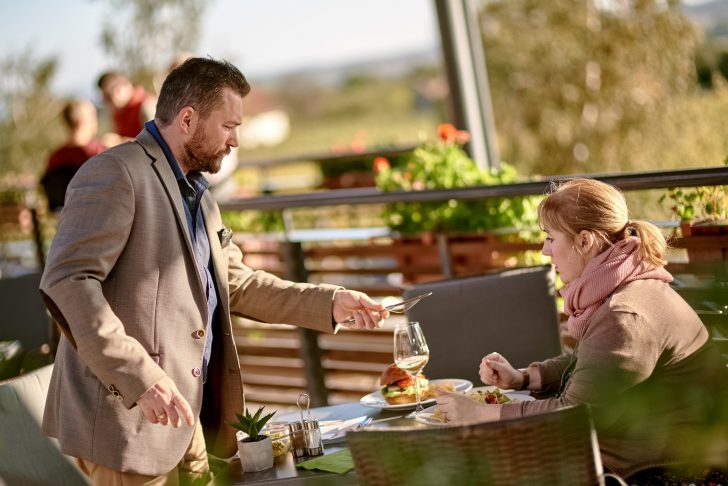 The Juhfark wine of Somló is a perfect combination of a variety and a terroir. The specialty of the hill is best shown by the Juhfark, and vice versa: the most characteristic features of this variety are best expressed here, on Somló. The result is a complex, mineral, and truly inimitable wine.

Juhfark wines are of long evolution with a marked character of minerality and high degree of acidity. You could say that it is a unique wealth that bathes the mouth with seductive caress presenting excellent concentration and structure. In his book “The philosophy of wine” the prominent Hungarian essayist, Béla Hamvas (1897-1968) has described these as “fiery blond male character”. According to their perception, they could be “interpreted in a baritone voice” and called “wine of the wise” who find joy in life.

Juhfark gets close to the top at the age of 2-3 and stays on top for several years. This is due to its acids, rich content and relatively high alcohol. The uniqueness of the variety and its cooperation with the terroir are also appreciated by international experts: Juhfark from Somló has excelled in major world competitions. An example: at the International Wine Challenge in London, the most rigorously judged wine competition in the world, Tornai Winery has received the highest recognition, the Trophy Award, four times in recent years, three times for Juhfark wine. 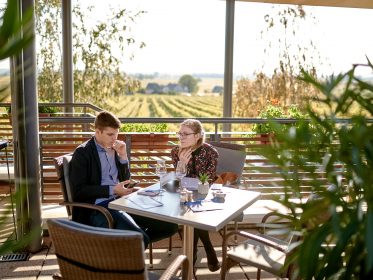 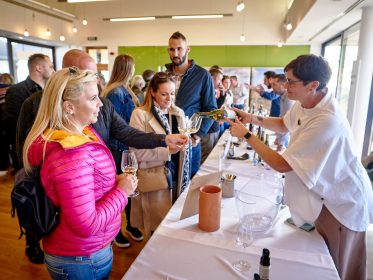 Yet it is not easy to get the best out of Juhfark. It is a thin-skinned, difficult-to-grow grape that requires a lot of attention. Its cluster is compact, the upper part is wide, then thins rapidly, and turns back at the bottom (it is named after its shape, Juhfark means “sheep’s tail”). The dawn mist remains on it, and if you don’t pay attention to it, the berries start to rot.

But it is not only the health of the cluster that must be taken care of: if it is not properly formed already as a grape, it gives a wine with too high alcohol content or acidity. Properly handled, however, it has incredible potential.

Juhfark grapes are also produced in smaller quantities elsewhere in Hungary, but its homeland is Somló. It was born here, it feels best here, and it played a decisive role in making Somló wine one of the greatest in Europe for centuries. But because it required special care, it did not fit into the mass production model of the socialist system. By the 80s of the last century, there was only a little left of it, and Juhfark wine was not available on the market. It was taken out of the national catalogue of the varieties. However, the most determined winemakers of Somló insisted on it, and in the momentum of the regime change, they did their best to get it back among the supported varieties.

Somló is a small wine region and Juhfark is almost exclusively made here, which makes it even more valuable, as the sophisticated consumer around the world is looking for special, limited wines that cannot be reproduced elsewhere.