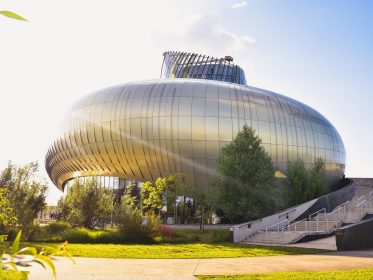 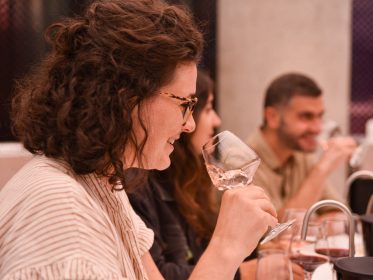 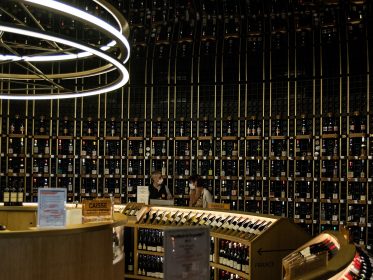 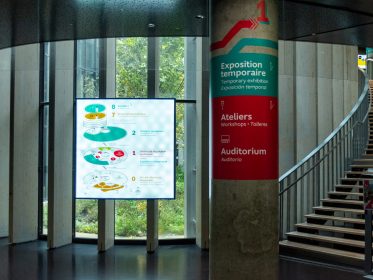 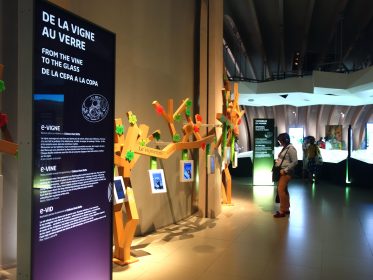 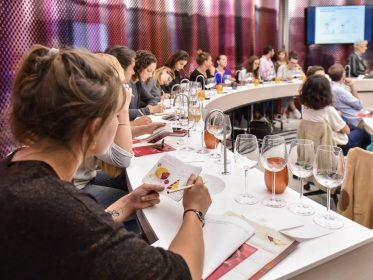 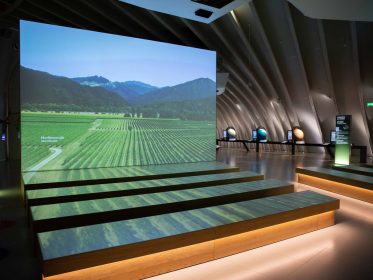 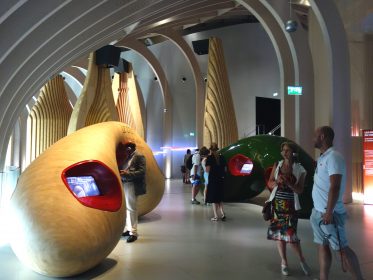 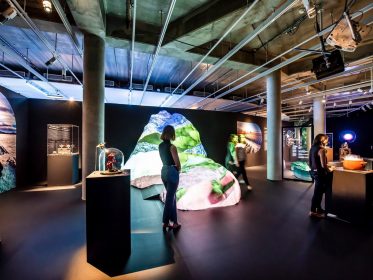 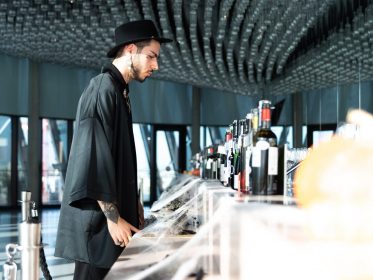 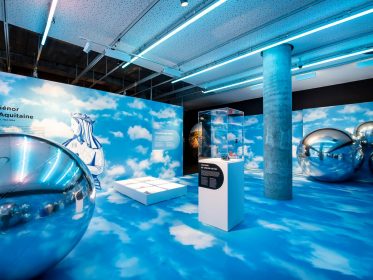 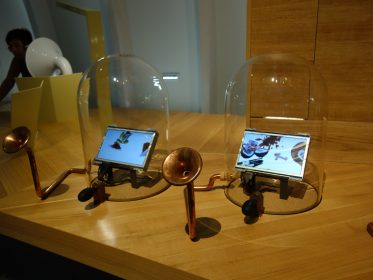 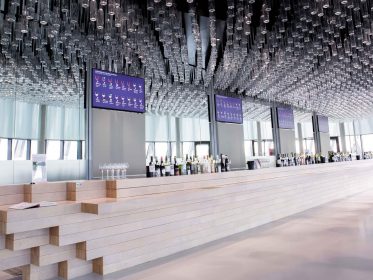 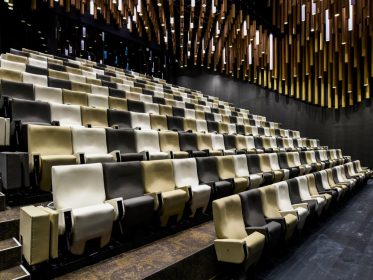 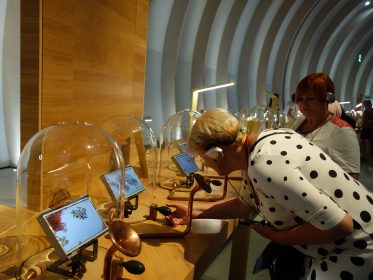 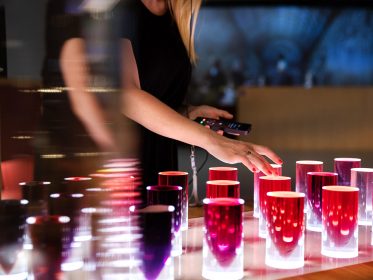 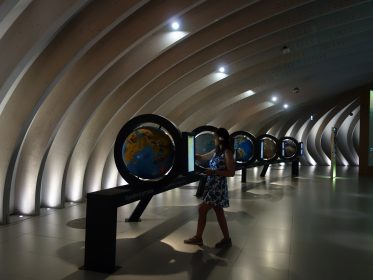 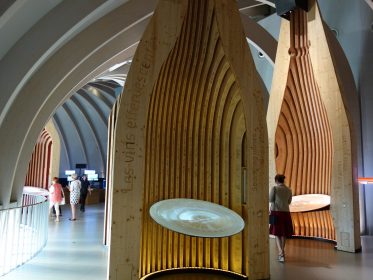 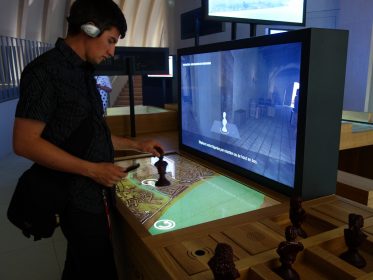 A unique cultural centre, located in the heart of Bordeaux, La Cité du Vin is dedicated to the universal, living heritage of wine. It offers a spectacular journey around the world, throughout the ages, across countless cultures and civilisations. It is a place accessible to as many people as possible and open to all: newcomers or connoisseurs, amateurs or not, professionals, families and young public, people with disabilities, international tourists (trilingual signage and hand-held guide available in eight languages). This place showcases vineyards from around the world through a permanent tour, temporary exhibitions, wine tasting workshops and numerous events.

Managed and developed by the Foundation for Wine Culture and Civilisations (recognised as serving the public good) the Cité du Vin’s aim is to safeguard wine heritage, to display and enhance its influence on past and present societies. Its resources come from the revenue of the Cité du Vin and private donations from patrons.

The Foundation for wine culture and civilisations was created to protect, promote and share the countless cultural, historic and symbolic aspects of wine. Its aim is to defend, highlight and pass on the cultural and intellectual dimension of wine. The Foundation is attempting to make this universal, living heritage accessible to as many people as possible by offering an innovative new perspective.

Based on these key tasks, the Foundation for wine culture and civilisations was named a public interest organisation on 11 December 2014. The Foundation is responsible for operating and developing the Cité du Vin – world’s first cultural site devoted to exploring the aspects of wine’s heritage. 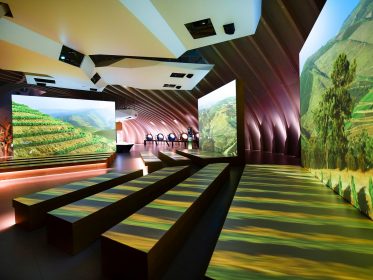 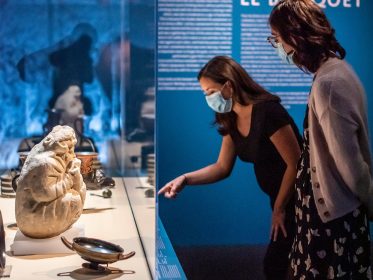 Talking about this audacious and emblematic building, it is worth noting that the architecture of the Cité du Vin is inspired by the river and wine and complements the architectural heritage of Bordeaux.

Truly evocative of the soul of wine and the liquid element (“a seamless, immaterial and sensual roundness”, says XTU architects), the building recalls wine that swirls in the glass, the coiled shape of the vine or the waves of the Garonne, while its golden reflections echo the white stones of Bordeaux facades and the reflections of the river.

The architecture and staging of the Cité du Vin are the result of a close collaboration between two agencies: the Paris architectural agency XTU architects led by Anouk Legendre and Nicolas Demazières and the English staging agency Casson Mann. 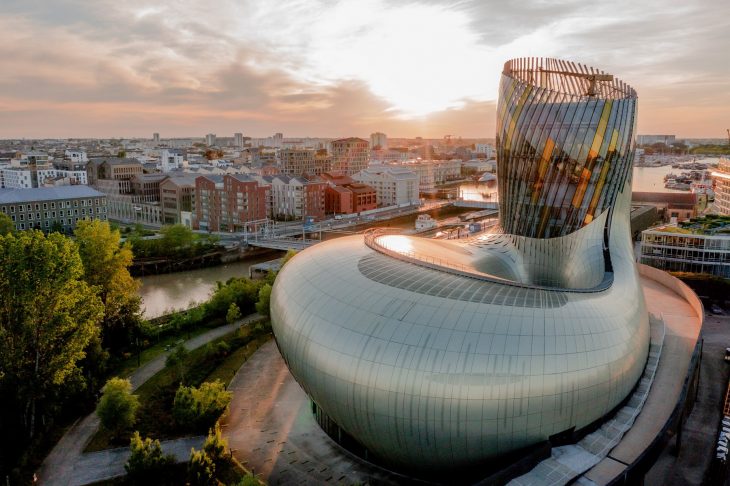 The heart of the experience and the offer of the Cité du Vin, the Permanent exhibition (located on the 2nd floor of the building) covers more than 3000 m² and includes 19 different thematic areas to explore freely, without the need to visit them in order.

Thanks to digital and interactive technologies, the Permanent exhibition traces, in an innovative way, the epic story of wine culture, which has inspired people and shaped their lives as well as their territory for millennia.

Located on the 8th floor of the Cité du Vin, the Belvedere is 35 metres high. The high point of the visit, the Belvedere, is the unique opportunity to admire Bordeaux and its surroundings while enjoying a glass of wine from a vineyard of the world. Visitors choose from a selection of 15 world wines, regularly changing, and from partnerships with organisations and associations from around fifty wine regions around the world. The youngest enjoy a glass of organic grape juice.

Each spring, the Foundation for Wine Culture and Civilisations works with a guest curator to organise a major art exhibition around a specific theme related to wine. Several events are offered to visitors as part of the cultural programme (events, concerts, screenings, meetings and debates…). Cultural interpretation activities (sensory experiences leading to original wine tastings in a friendly atmosphere) allow visitors to go further in their discovery of the culture and civilisations of wine.

The Cité du Vin is creating the unmissable event of spring 2022 in Bordeaux, devoting a major exhibition to one of the most important artists of the 20th century: Pablo Picasso. Picasso, the effervescence of shapes, running from 15 April to 28 August 2022, explores the place of wine and popular spirits in the work of Pablo Picasso, through a wide variety of media (paintings, drawings, ceramics, films, etc.). The Foundation for Wine Culture and Civilisations has invited historian and art critic Stéphane Guégan, as scientific curator, to devise an exhibition for a general audience that is both original and ambitious. Bringing together more than eighty works, thanks in particular to the exceptional participation of the Musée national Picasso-Paris and the Museu Picasso de Barcelona, the exhibition sheds new light on Pablo Picasso’s works and reveals the effervescent creativity that inspired him throughout his life.