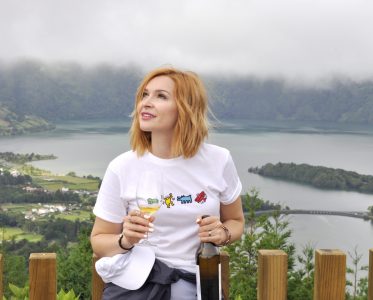 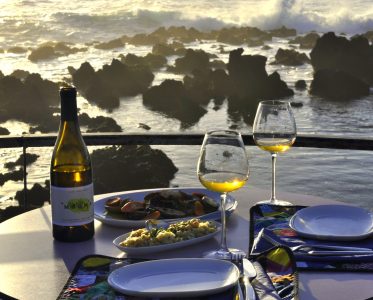 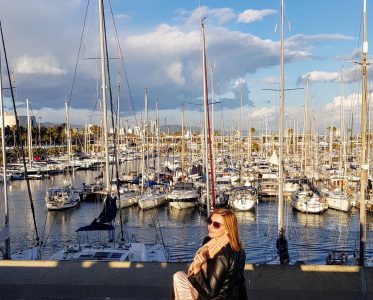 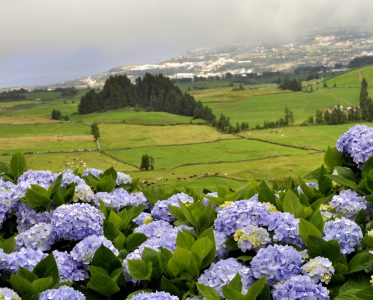 Olga Verchenko is a wine professional living in Barcelona and working in the wine business since 2012, when she graduated from the Msc Wine Programme at Burgundy School of Business. Today she is a founder of ViniComm wine project: having a wine job title, she also shares her wine passion and knowledge on the blog @vinicomm and conducts wine tastings in Catalonia. The issue which is in the focus of her interest is the Azores islands.

This summer I had an enormous pleasure to visit a true Atlantic gem – the Azores, an archipelago composed of 9 islands that used to be ancient volcanoes. It is small wonder that a myriad of local wines was tasted, still exotic and rare for many wine fans. Here are the most fascinating stories you should know. 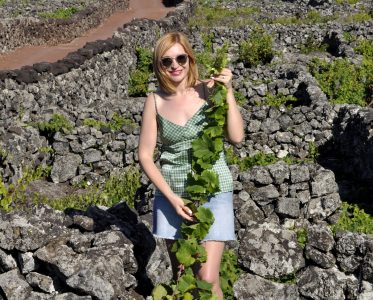 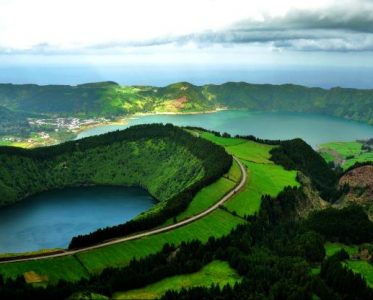 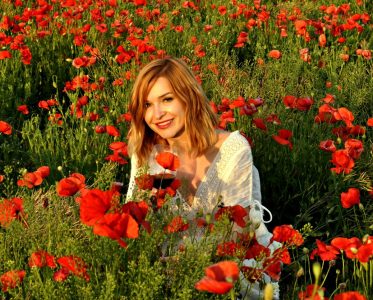 Wine passion and the Azores islands

As if the islands’ landscape was not diverse enough, the vine growers once had created the UNESCO Heritage “curraletas” – the black dry-stone walls that protect the vines from the ocean wind and sea salt capable of burning the vine leaves on the sun. Interestingly, after the eruption the black magma rocks had to be removed from the soil and transported somewhere anyway, so the locals killed two birds with one stone forming black basalt plots that later became vineyards.

The local volcano terroir is without a doubt the Land of white wines with the 3 main traditional varieties:

Red wine apologists will not be disappointed either: 15 red varieties are officially permitted, however one of the most unusual ones is the experimental Isabella a Proibida by Antonio Maçanita – the succulent red made of the American hybrid forbidden in the rest of the European Union.

We all heard that volcano wines have special and recognizable notes. In Azorean wines, however, not just volcano terroir, but the Atlantic influence makes the difference.

The local Terrantez is the saltiest and the most resin expression of the terroir. Add some tropical flowers, hazelnuts, marzipan plus amazing crispness and you will have the idea. In Verdelho, the mineral notes remind me of basalt stone and iodine ocean breeze coming right from the glass. The palate varies depending on the style: fresher samples amaze with vibrant acidity, salty almond and pear, while aged in bottle wine develops notes of ripe stone fruits and biscuit. Arinto dos Açores is a very versatile in styles and can surprise you with orange confiture, baked apples, lemon blossom and honey in combination with aromas of the wet stone, sometimes reminding a high-level Riesling, yet with a salty touch.

Island Pico is a home not only to the highest Portuguese peak, but also to the unique wine “Czar” that broke the world record in 2017 with the highest degree of alcohol (20.1%) ever obtained naturally in wine without fortifying it. We interviewed the winemaker Fortunato Garcia who passionately shared the “Czar” story. In the 17th century, 200 years after the vines had been brought to the islands, the Azores thrived thanks to an enormous amount of wine export, including to the Czar courts. The high-ranking elite of that time fell in love with the intense white wine called “passato” which was also the most expensive and prestigious one. Since then, it has been produced exclusively on Pico Island in limited quantities. Fortunato emphasizes that it is not a sweet wine as we used to know it, neither a conventional fortified wine. On average, it reaches 18% of alcohol naturally thanks to the high sugar concentration in late harvested traditional white varieties (Verdelho, Terrantez do Pico and Arinto dos Açores). On the other hand, the inherent high acidity of 3 varieties helps to create an amazing balance of sweetness and acidity (The residual sugars vary between 24 to 30 g/l only). A minimum 6-years ageing in French-used oak adds to the complexity.

With this being said, do not miss the opportunity to get a bottle of “Czar” when travelling to the islands, as only around 2000 bottles are produced per harvest, while the ageing potential is a lifetime!