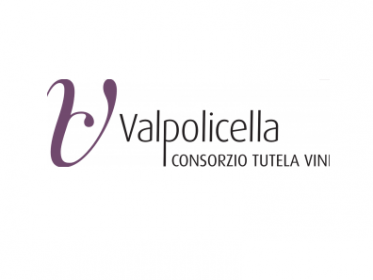 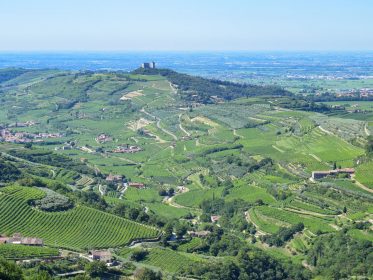 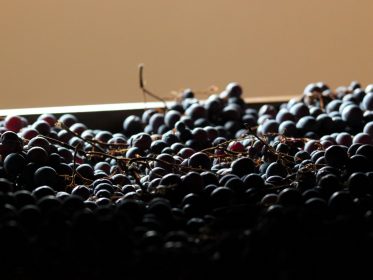 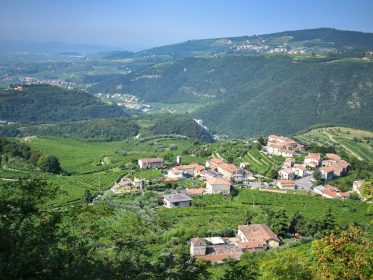 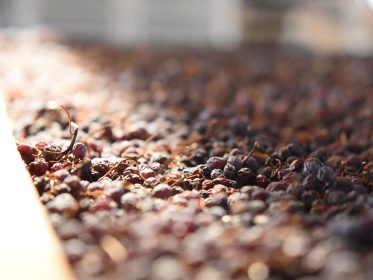 Consorzio per la Tutela dei Vini Valpolicella is operating in the Valpolicella wine region, which covers an area of ​​30 thousand hectares, 7844 hectares of which are vineyards. Today it represents 322 companies and in addition to protecting the appellation, the consortium is responsible for promoting Valpolicella wines on the domestic and international markets.

Consorzio per la Tutela dei Vini Valpolicella has become the Official Partner of the award as a sponsor of the 2021-2022 WTA Guide.

Active for over 90 years, the Consorzio per la Tutela dei Vini Valpolicella represents 322 companies that bottle or make renown DOP Veronese wines, a supply chain that includes 6 cooperative cellars and 2.271 grape growers. In daily contact with the companies along with in-depth knowledge of the area, the consortium has confirmed itself as the main reference point for those looking to discover the Valpolicella and its wines.

Valpolicella is the top red PDO wine in the Veneto region and among the most important in Italy. On a regional level, it comes second only to Prosecco with a gross tradable production per hectare that is one of the highest in Italy confirmed at 23,000 euro per hectare for the 2021 harvest.

The vineyard area is growing and so is the production potential. Over the past 20 years, the area of vineyards has doubled in Valpolicella to reach 8573 hectares in 2021. In 2021, 73.6m bottles of Valpolicella wines (Valpolicella, Amarone, Recioto and Ripasso) were produced for a value of approximately 600m euro per year (Italy’s highest for any PDO) with Amarone generating 355m. 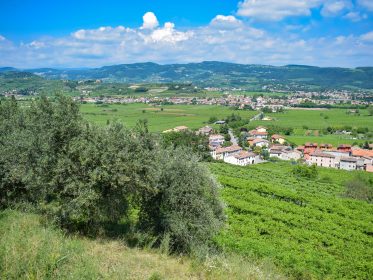 61% of the production of Amarone PDO in 2021 was sent abroad, 39% in Italy: USA (11%), Switzerland (11%), Canada (11%), UK (10%), Germany (10%) were at the top of the list of its destinations which together absorb about 53% of the bottles exported. Sweden (8%), Benelux (8%), Denmark, Norway and The Netherlands (6%) follow. China and Japan combined weigh in with 3% despite the fact that the export value in these two countries has grown, doubling over the 2015 figure. (Source: 2021 survey by the Observatory of Valpolicella Wines run by Wine Monitor on Valpolicella wine export).

Excellence in the vineyard is the aim of the Consortium for the Tutelage of Valpolicella Wines and it goes through environmental sustainability and wealth of the territory.

This is the orientation of the “SQNPI” certification which certifies companies’ respect for the environment by adopting innovative techniques in the vineyard and protection of the landscape. The certification of the area under the Valpolicella appellation was achieved also thanks to the support and consensus of the local towns. In fact, besides meeting the ever more decided consumer demand for wines that express the territory, the certification also came about due to Valpolicella’s inhabitants demanding a cleaner environment. The consortium’s objective is to manage to certify 60% of the vineyard surface area in the next few years.

Monitoring of the use of plant protection products by companies led to positive results both from a technical standpoint and on the front of effective protection of natural balances. Therefore defense of and care for the territory become fundamental values for the quality of the vineyard and the product on which Consorzio per la Tutela dei Vini Valpolicella has laid the foundation for a free consultancy project as well, just for its members. With a weekly bulletin, the consortium informs its members on the proper use of plant protection products, supporting the use of organic products and best practice in the vineyard. 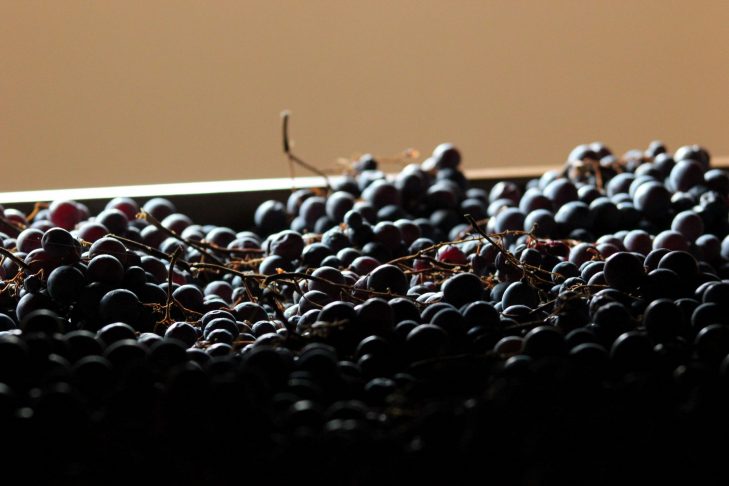 The makeup of Valpolicella’s landscape, extremely rich thanks to a morphologically varied territory, ideally fans out into several valleys that separate from Verona.

The broad Valpolicella DOC and DOCG wine production area includes the piedmont strip of the municipality of Verona and is divided up according to the production rules into three separate zones:

-The classic area, formed by five geographical areas encompassing the areas of Sant’Ambrogio di Valpolicella and San Pietro in Cariano, and valleys of Fumane, Marano and Negrar;

-The Valpantena area, including the valley of the same name;

-The Valpolicella DOC area, with the districts of the municipality of Verona and the valleys of Illasi, Tramigna and Mezzane.

Grape varieties like Corvina, Corvinone, Rondinella and – in a lesser quantity – Molinara are found in the entire area.

Guided tours, meetings with producers and pairings among wines of the designation with typical products from the Veronese tradition to get to know the outstanding foods and wines and Valpolicella through an experience: every year the consortium organizes educational tours and incoming groups for Italian and foreign industry workers, journalists, and bloggers to promote and add prestige to the Valpolicella Designation.

The consortium participates in the main international trade fairs in the World of wine with its own booth to represent the appellation: Vinitaly in Verona and ProWein in Düsseldorf, Vinexpo Hong Kong, Vinexpo Shanghai and more.

Born in 2018, the Valpolicella Education Program (VEP) is a complete educational project on wines and the territory of Valpolicella, structured in three progressive levels of study with standardized programs, which are offered through a network of VEP certified educators in various countries of the world, under the supervision and coordination of the Consortium for the Tutelage of Valpolicella Wines which guarantees the high level of competence.