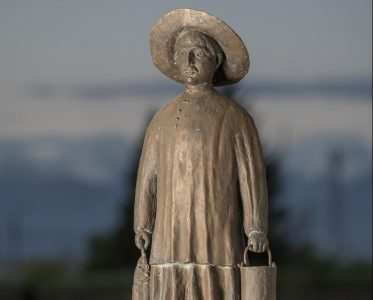 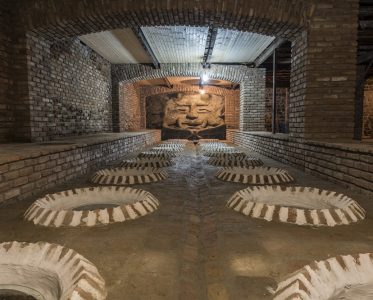 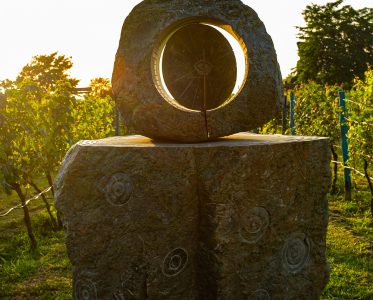 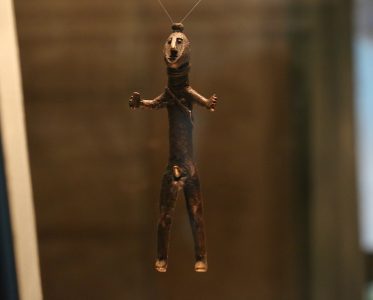 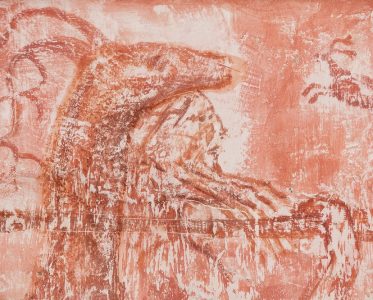 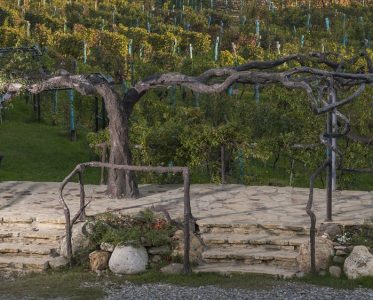 One place but many examples of Georgian culture

Today a unique Tourist Complex has been built on more than 9 hectares, which has no analogues in the world both in its infrastructure and in terms of maintenance. You will not find so many examples of Georgian culture collected in one space as in Shumi: the world’s largest private Comprehensive Varietal Collection Vineyard, the First Wine Museum in Georgia, the Decorative Garden, which presents sculptures made by famous Georgian and international artists, the Marani, the Enoteca, the Georgian  Ethnographic Pavilion, the Gastronomic zone with a restaurant, cafes, terraces, tasting areas and much more. 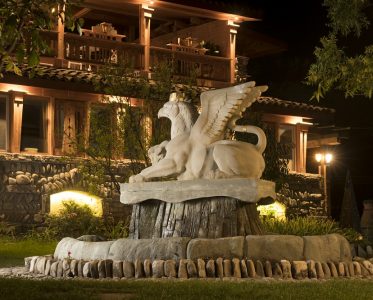 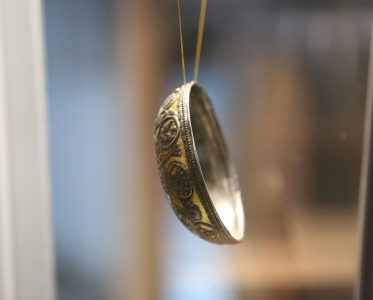 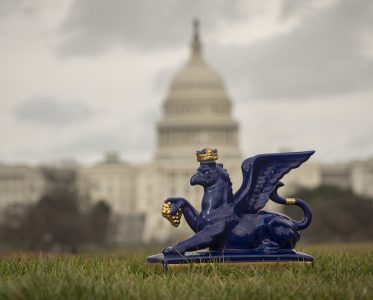 The art at every turn

Tourist complex Shumi includes 38 locations and works of art here will be found at every turn. The statue  “Gate Keeper” meets guests at the entrance. This is a bronze statue by a modern sculptor based on a painting by the great Georgian artist Niko Pirosmani. Here is the waiting area “Beauty Spring”, in the center of which is a stone fountain, which is topped with a bronze statue of birds, and around it there is a small pond decorated with small lotus flowers. The work belongs to the contemporary Georgian artist Gela Durujeli.

A place that unites lovers of wine and art

In the courtyard, along the way, the viewer meets statues of the heroes of Georgian mythology, made in stone. The composition is called “Georgian Legends”. On the way to the center of the complex, you will come across the Installation Lazare – this is the place where the ritual of the ancient Georgian deity – Lazare is held. There is a statue of Lazare and an ancient press cut out in stone. On the opposite side of the Genesis is the slope of the Zigu Grotto. It is placed underground and merged with the natural landscape. Zigu Grotto is a cellar of Zigu drink aged in barrels for several years. There is a small cafe in front of it. Here is the “Roots Mixed Media Sculpture” – in the lower part of the sculpture there are soil samples of Shumi vineyards located in different microzones (Mukuzani, Tsinandali, Napareuli, Kindzmarauli); In the middle there is a fountain from where the drink “Zigu” comes out, and the upper part is crowned with a bronze statue of a vine.

One of the oldest fruit-bearing vines in the world grows in the village of Tsinandali, In the estate of N. Nikolaishvili. Specialists from around the world have been studying this unique vine for a long time. Scientists managed to determine its age – more than 300 years, and the grape variety has not yet been determined. The wine company Shumi and N. The Nikolaishvili family collectively named the vine “Genesis”. In honor of the historical vine, the Shumi company installed a monument on the territory of its tourist complex – a prototype sculpture of this vine. Its author is the famous modern Georgian designer Giorgi Khizanishvili. The “children” of the Genesis vine are planted around the statue.

Everything in Shumi is original and different. Its cellar, a place where wine is made in Qvevri and aged in barrels, is built of Georgian bricks, on the walls – a fresco of the old Georgian alphabet, and the Qvevri buried in the ground are protected by a bas-relief of “Devi” (The Giant), the hero of Georgian fairy tales. The complex also includes the Vinobiza, Ilerco and Tsiteli Doli pavilions. Part of their walls are decorated with frescoes painted with wine Saperavi, which depict mythological stories.

In the center of the complex is a Griffin statue of one of the best animalists in the world  by Merab Merabishvili. The Griffin is a symbol of Shumi. Merab Merabishvili is also the author of Griffin in stone, statues of bronze griffin and lion which he created for Shumi. He also created a gold-plated porcelain vessel with the image of a Griffin, in which the brand of Shumi “Griffin” and others are poured.

Shumi uses exclusive glassware for other exclusive drinks: Lazare and Genesis wine bottles, painted by famous artists. Among them is a painting by the world-famous contemporary Georgian artist Sergo Tbileli. The exhibition of Sergo Tbileli’s works was organized in 14 countries of the world.

The first wine museum in Georgia is a special pride of Shumi. The exhibits are artifacts discovered during archaeological excavations in Kakheti. The Wine Museum’s oldest artifacts are more than 6,000 years old. Among them are a 3300-year-old clay vessel – Qvevri for winemaking. Although it is in the ground, it is decorated with an ornament on the outside, which indicates the attitude of the master towards it. The museum preserved a silver-plated wine cup dating back to the 7th century. It was found on a site belonging to Shumi “Nadarbazevi”. Many centuries ago, the residence and vineyards of the Georgian royal family were located in this area. The original of the cup was donated to the National Museum of Georgia and a copy is on display at the Shumi Wine Museum. The bowl is called “Ilerco”, in old Georgian it was called “Ilerco” – a glass made of precious metal. “Shumi” named the vineyard where the bowl was found “Ilerco” and gave the same name to the wine made from grapes grown in this vineyard.

The museum also preserved copies of 2 art works: Statue of a bronze vine and a patron deity of wine from the 11th-10th BC and the silver “Bowl of Trialeti”; the originals are kept in the National Museum of Georgia.