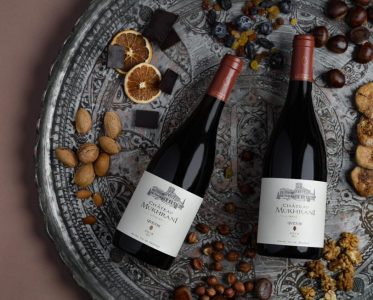 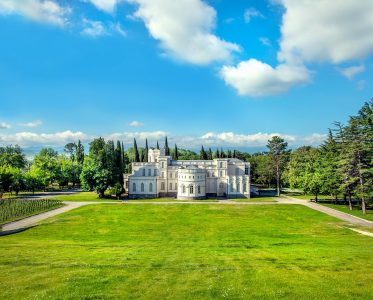 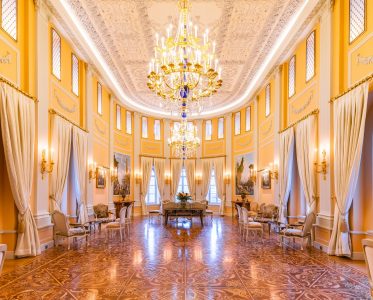 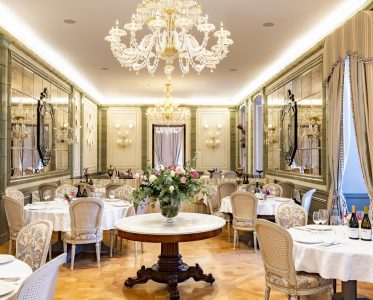 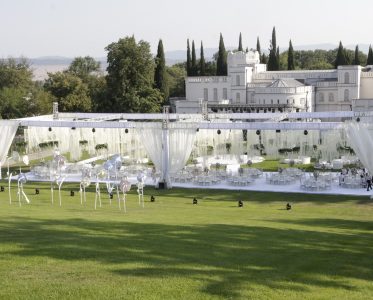 Château Mukhrani represents an iconic part of Georgian history, featuring as an ancestral home of Price Ivane Mukhranbatoni, a renowned member of the Georgian Royal family Bagrationi. Built in the XIX century, the palace and surrounding gardens were designed by French architects. The construction of the palace took 12 years to complete. Both the palace and grounds captured visitor’s attention. It became a cultural and political center for the Georgian and foreign elite, a focal point of European and International influence. Prince Ivane Mukhranbatoni hosted many guests, including public figures, writers, poets, and artists. 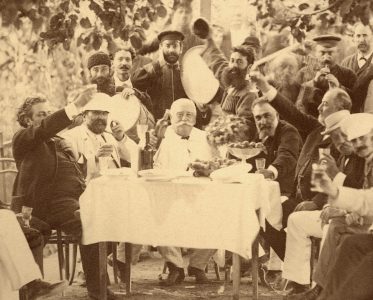 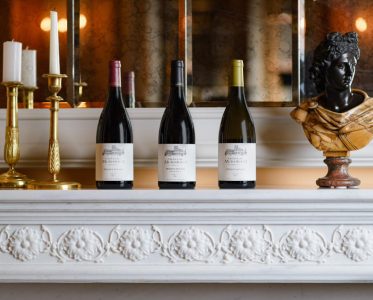 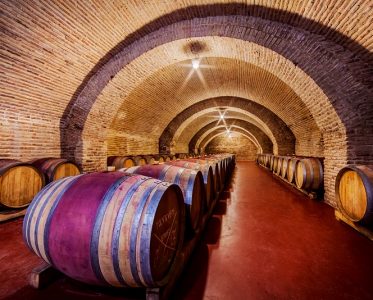 Château Mukhrani’s mission is to develop a dynamic wine and hospitality business on the foundation of the Georgian Royal family estate, a center of history, winemaking and culture. Our company strives to warrant the highest standards of execution of all our products and services, extending the gracious and royal hospitality along with our core values – Nobility, Excellence and Authenticity to each employee, guest and customer.

Organic viticulture – is the philosophy to reveal the true potential of the terroir. The exclusion of herbicides, toxic insecticides, synthetic fertilizers, and systemic pesticides, contributes to recreating “alive” vineyards and allows us to express the original and authentic personality of soil and the grapes that are growing on it. Therefore, we consider organic viticulture as one of our key quality drivers and we believe it is the future to keep our products and nature safe. 100% of our vineyards are under organic viticulture and certified by the international organic label of CAUCASUS-CERT. 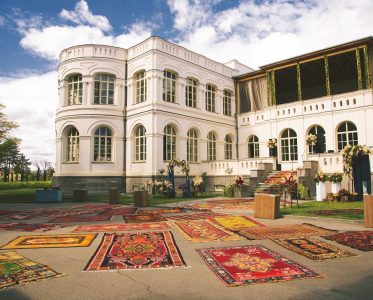 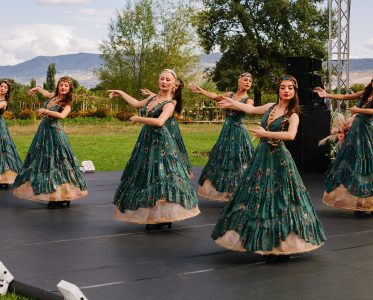 Château Mukhrani is located in the beautiful village Mukhrani 35 minutes drive from the capital Tbilisi.

“There is so much to experience and discover in all seasons at Château Mukhrani and memories made here will last a lifetime!”